The Dangers of Calling Yourself “White”

Let’s consider the dangers of identifying oneself as “white” in today’s society and the reflection that it has on today’s society and culture. The term “white person/white people/white” is being misused at every opportunity and we really should consider removing it from our vocabulary, forms, documents, etc. as it only confuses the facts and furthers us from the truth.
….
First off, let’s address the obvious fact that nobody really has “white” skin colour. It’s generated by skin cells as protective measures against ultraviolet (UV) radiation. The darker the skin colour, the stronger the measures the skin has against UV rays. Each person’s skin colour would have physically adapted when living for generations in an area in-close proximity to the equator where the sun’s intensity is at its peak. These adaptations would have also included eye shape, hair composition, face formation, etc.
…
Even if the term “white” made its debut in Europe, Europeans and many other regions don’t use this term to identify themselves as they prefer to differentiate themselves based on their nationality i.e., French, Spanish, British, Russian, Polish, etc. The term “white” originated and has resonance in countries which linger the Commonwealth and colonization i.e., America, Canada, South Africa, Australia and New Zealand. They are the only countries who sub-categorized their citizens on this discriminatory factor.
….
When you further your research, you discover that it reached its celebrity-status and current definition during the 18th century. We first started hearing about this term in 1758 where Carl Linnaeus proposed four geographical subdivisions of humans: White Europeans, Red Americans, Yellow Asians and Black Africans. Although Linnaeus intended them as objective classifications, his descriptions of these groups included cultural patterns and derogatory stereotypes that continue to be taught today to reward the privilege and discriminate the others.
….
Later, on American soil when they drafted the 1787 Constitution, they opted to not define what they meant by “natural born citizen or a citizen of the United States (U.S.)” and said very little about immigration. Historians noted that one became an American by choice, not by descent and through a common commitment to the doctrine of natural rights. The first statute enacted in 1790 attempted to codify naturalization law. It was known as the Naturalization Act of 1790 which restricted citizenship to “any alien, being a free white person” who had been in the U.S. for two years. In effect, it left out indentured white servants (working poor), slaves and most women. This implied that black and later Asian immigrants were not eligible to be naturalized and it said nothing about the citizenship status of non-white persons born on American soil.
….
During the founding times of the U.S., the elite were genuinely scared that the slaves and the working poor, who were predominantly criminals and Irish war prisoners, would combine their efforts and overthrow them to take their wealth. They accounted for more than the majority and to keep everybody in-line as well as maintain control of their wealth, a system was developed where the working poor would be given limited power over the slaves to spy and ensure no collaboration to overthrow the Masters as well as ensure that only the prescribed duties were completed. For their efforts, they were paid a small salary and also were slowly included and accepted within this “white” community. This reporting system continues today even if the concept of slavery has evaporated.
….
This community continued to build and protect its wealth from any persons who wasn’t defined as “white.” Groups like the Ku Klux Klan and others were created to maintain this hateful mindset, white privilege and to conduct cultural genocide. These hateful groups glorified the term and notion and mindset of being “white.” Consider that when someone screams “Black Power,” their intent includes all groups of people, yet when a person screams “White Power,” their intent excludes all groups of people, except for those who are defined by their definition of “white.” Let’s also add that the Nazi regime had an even stricter definition of “white” which didn’t include the Jewish community.
….
The term “white” isn’t so dangerous due to its fallacy with skin colour, but rather, due to its connections to a rooted history of segregation, hate, oppression and that one person is better than the other. This term continues to instill a mindset of hate, division and opposition as opposed to inclusion. Why does one want to be associated with this segregated point of view and identify with this history? This term has run its marathon and it’s time that we look to retire it from visibility.
….
Referring to yourself as “white”, “white people”, “white person” is to identify and accept the historical dominance and oppression against others people who don’t fall under this definition. Abolish it! As we become more diverse and inclusive as well as increase our perception and knowledge of other cultures, let’s confirm it by omitted it and its associated terms from our lexicon. If needed, identify yourself based on your nationality and never identify yourself as “white,” even if we are all citizens of this world. 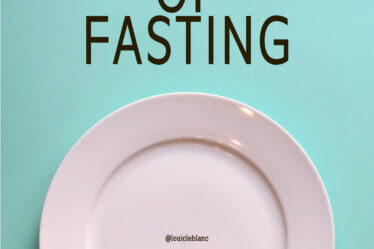 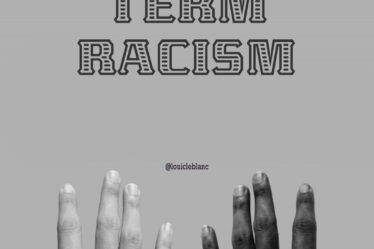