Fighting vs. Protesting vs. Cooperative Non-Compliance

It seems that we’ve come to an age where we decided to use the tactic of protesting and online activism in an attempt to enact change in our society and culture.  Back then, change was desperately needed as peoples’ lives were at-stake and those affected were fighting to make things better.  And, I mean, literally fighting; punching, kicking, stabbing, killing…all in the need of freedom.
….
We’ve heard the tales of Nat Turner who opposed his master, beat him to gain freedom and lead a rebellion.  At that time, fighting and killing were the only option as the white community wasn’t listening to the cries of despair or saw the horrors of their actions.  They are many more stories captured in American and Caribbean folklore.
….
These days, activists are using another strategy to gain attention in order to enact change, but it seems to lack results as I’ve never seen any massive change due to protesting or internet activism.  Protests are organized on pre-determined date and time that never truly interfere or impact those intended; and sadly, those in-charge of change genuinely don’t care.  How many protests have you attended or seen on television with the thousands of people screaming, cheering, singing, marching in the name of something they believe in, yet none of those have created any real change.
….
We haven’t made any genuine progress towards our humanities as we’re continuing to protest for the same reasons and causes.  Even the Pride Parade seems more like a reason to flaunt sexuality as opposed to address some of the ongoing issues still being felt in the LGTBQ2Spirited communities and its only when the Black Lives Matter movement intervened in their Parade a few years back, in Toronto, that those ongoing issues were identified and put back on the agenda.
….
We also have ongoing internal conflicts and issues with several groups within these communities that continue to face discriminate and segregation by their own community as well as the outside community.  Many black gay man, two-spirited and transgender people continue to have many fears as opposed to the white gay community.  And, I don’t need to remind you how one-sided media and social media continues to portray a vision of beauty, sexuality and relationship.  It seems that we’re only allowed to show certain people’s nudity and sexuality in television shows and movies while others face insult and discrimination on top of never gaining a top-shelf spot amongst the other popular shows.  They continue to build algorithms to make sure this happens.
….
Let’s face it, a woman’s right to vote and work as well as gay rights were the only real change that I’ve seen and both of them impacted white privilege males, which is why we’ve seen these changes.  If it doesn’t affect them, no change is ever completed.  Prove me wrong.  The Canadian cannabis industry is another great example of penalizing an entire community for decades before legalizing it and only allowing white privilege males access to its wealth.
….

We also continue to fight for the Rights of Black, Indigenous and People of Colour without any light at the end of the tunnel and we still have significant effort and reconciliation to be made with these groups as well as Muslims, Hindus and any other community that suffered from oppression and discrimination as subtle as it may be.  As we continue to evolve and progress, I’m sure that we’ll discover other groups and communities that we done similar to, so by addressing our current issues, we’ll be best prepared for future encounters.
….
I’m not suggesting that we revert back to our colonial days and start punching each other for change.  I don’t condone violence, but we need to strategize more efficiently and effectively in order for our governments and private businesses to respond to our needs and demands.  Let’s face it, we’ve seen no change through these current methods and assuming that one day, it might, is lunacy.  We need to demand change by striking at their weakness area.
….
Cooperative non-compliance would be an ideal strategy to obtain the ear of those capable of making global changes and respond to demands.  By uniting a massive group of consumers towards a common cause and focusing those efforts to paralyze systems using strategic methods to enact change.  This would be 100% legal.  Working in large numbers is essential to show how big and far our reach goes as well as maximize the impact on those intended.
….
In South Korea, you see large concerts and speaking engagements where artists, musicians and speakers demand immediate change to their government leader.  Their songs and speeches relate to their cause and after weeks of public demonstrations and shows, they manage to get their demands.  Government will listen when change is demanded on such a scale, if you’re lucky to live in a democratic country.
….
In Japan, they used a technique where Bus Operators continued to provide service to its citizens, free of charge, which cut into the profits of the company who refused to pay the Operators a fair salary and benefits.  The company quickly complied with their demands after a few weeks of loss expenses.  It takes guts, but when you everybody unifies to not comply, governments/companies are forced to look at alternatives including reviewing our requests.
…..
In the United States, many groups have discussed foregoing any retail shopping between American Thanksgiving (middle of November) to the end of the holidays (end of December) in order to send a message to retailers on their price gouging as well as the misdirection on the genuine purpose of that period of time.  I’ve only heard about it but have yet to seen it, but I continue to hear about making attempts every year.
….
Since we live in a capitalist society governed by currency, it seems optimal for activists to fight against the system and demand change by impacting those markets and systems as opposed to meeting-up on a pre-determined date to scream for change.  The impact of continuous protesting and online activism loses momentum since they become daily/weekly/monthly/annual events and those intended to hear the message aren’t listening nor does it impact them significantly.
….
Martin Luther King Jr. was mimicking the strategy that Muhammad Gandhi was using against the British when the Indians were liberated.  Gandhi did not comply with any British law, policy and rule and once the prisons were filled with non-compliants, the British government decided to leave.  The British were locking them up as opposed to killing them.  Again, it takes guts to decide to not comply and risk prison for your actions until common sense reaches their brains.  But, through preservation and faith, it can happen as seen in India.
….
Also, the White Anarchists who interfere in any friendly protest activity by vandalizing and destroying property as well as stealing and looting have made it even more difficult to obtain the change you need or even be heard and listened to.  These actions incite others into violence and bad behaviour and it’s our responsibility to call them out, immobilize them and have them remove from the area if you are looking for success.  It’s important for them to know that their conduct won’t be tolerated and we stand against them.
….
The more we come together as a large collective and look to disrupt the Systems in targeted ways that’s legal, the more we will gain an ear to your intended audience and gain the advantage.  If we disrupt their profits enough, they will look at reviewing our requests and committing to change.  Actions speak louder than words. 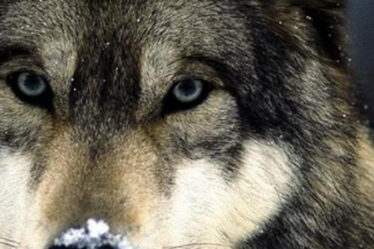 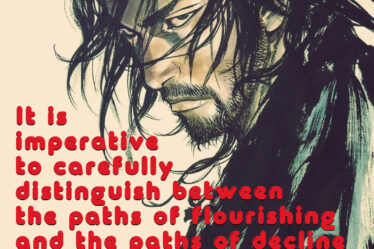