Where do you get a name like Louic from?

Where do you get a name like Louic from?

Here’s the story that I tell when I get asked about my name and its significance. First off, the original intent was to bless me with the name “Louis,” a classic French name, but none of my parents were really sold on it. My parents are both from small towns in the province of Quebec. On my mother’s side, she was inundated with 23 brothers and sisters and most of them predominantly speak Quebecois and a little more than 2/3 were still present at the time of this story. On my father’s side, they are five stern brothers with various religious/spiritual followings who all resided in the Greater Montreal Area at the time of this story. Both families were only a few hours from each other, but due to the sheer number of relatives still located in their native town, it was an obvious choice that both families reunite for major events where my mother’s family resides, in Notre-Dame-Du-Portage.

This farmer-town is small, quiet and filled with blue-collar, working class “white” folks who work in the “city;” and by “city,” I mean Rivière-Du-Loup, which was the closest urban area and is still considered small for most definitions of a city. Teleport yourself to the late seventies where Notre-Dame-Du-Portage had an even smaller population where there were only three main families who made-up for the majority of its density; the tremblays, the levesques and my mother’s family, the frasers. These families were as numerous as my mother’s family with plenty of labour to complete the farming and household daily duties.

With only having the option to marry one of those two families, my mother immediately joined the military as soon as possible for a different adventure. During her short time with them, she successfully completed boot camp and managed to meet my father, a LeBlanc. As it is tradition to baptize the child soon after birth, the Frasers and the LeBlancs all gathered for this significant event in French catholic tradition. Even if both sides of my family had a plethora of experience with these traditions, this was my parent’s first child, so it was customary and they planned on making the best of it.

To accommodate a large celebration with over 400 relatives and close friends, they rented the local community centre that had an attached soccer field, various outdoor sporting items and games, the biggest commercial bbq that I’ve ever seen, a standard commercial kitchen with attached dining area and a glass balcony that enhanced and reflected the setting sun onto the tables during sunset…I know this because I’ve attended a few family gatherings at this location and it is simply spectacular. Having a well-rooted and extremely large family in this rural town would come with no surprise that they received various donations of food, alcohol/non-alcoholic drinks, tables, chairs, decorations, prizes as well as various teenagers volunteering their time to babysit the younger kids where uncles and aunts got caught-up on life, politics, drama, drinking and the good times.

The last time our families met to this degree was at my parents’ wedding a few years earlier, so you can imagine that the party was wild, loud, fun and went to the early morning. The majority of family members from both sides showed-up as well as plenty of close friends of the family on top of the local pastor. This was a big deal and everybody wanted to attend. They had plenty of games for the kids when the sun was up and once supper was completed, there were plenty of drinking games, music, dancing which kept the party going on all-night. My uncles and aunts were heavy drinkers compared to my immediate family, so they were hurting much more than my mom and dad. Some relatives even went directly to the baptism from the party without any sleep.

We were blessed to have complimentary breakfast provided since they were holding the reception at the church, which was literally down the hill from the community centre (literally). They had eggs, toast, bacon, sausage, fruit, juice, coffee…the works. It was a gorgeous Sunday where the sun was warming-up the air for mid-morning and nothing but clear blue skies surrounded by birds chirping, squirrels rummaging in the Spring leaves and the essence of the floral gardens which were newly landscaped for the occasion that released a lovely lavender scent as they walked into the church. The church was an old, historic church which dated back to colonial days and every seat was taken as the majority of the town did not miss Sunday Mass.

Everybody was excited as this was an important moment in my parents’ lives even if the pastor was clearly struggling to complete his usual sermon. They weren’t sure if the pastor was hung-over as he stayed fairly late “for a pastor”, but he had a nasty case of the hiccups. He couldn’t recite any scripture or passages from the Bible without being interrupted by pockets of air. He would take various sips of water and try to shake it off, but it just seems to come back again, again and again. Once the usual part of Mass concluded, my parents were asked to join the pastor up-front and to bring their baby boy, me.

Every member of the family with a manual camera took the opportunity to snap as many shots as possible. My dad lent his Nikon camera to one of his brothers who took all of the pictures that I’ve seen from this occasion. As the pastor got all of his holy tools ready, he asked my parents to place me on the alter next to the Baptismal font. When the pastor was ready, he picked me up and stated in French with my parents standing next to him as proud and loving as their wedding day: “in the name of the Lord, I, now pronounced this boy to be named Lou…” at that very moment, a hiccup burst-out “…hic.” My parents were shocked and busted-out laughing which proceeded to have the entire church in an uproar over the incident. The pastor was clearly embarrassed and continued with the sermon as if nothing occurred and my parents had finally decided on the name for their first born, Louic. 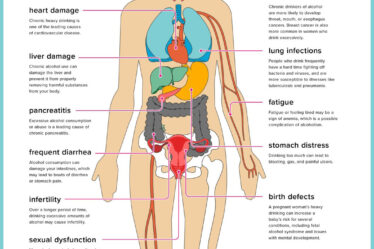